We belong to a universal Church. This letter from the bishops of the Philippines in preparation for a visit by Pope Francis to the Philippines is a beautiful reminder of what it means to be Church.

Pope Francis addressed the Philippine Conference on New Evangelization speaking publicly in English for the first time in a video message screened at the end of the closing Mass Oct. 18, 2013 at the University of Santo Tomas, Manila. NJ Viehland Photo

Catholic Bishops’ Conference of the Philippines officially announced Pope Francis’ visit to the country next year and recommended ways for Filipinos to prepare for the visit spiritually and socially, in the spirit of “mercy and compassion” underlying the visit.

A Nation of Mercy and Compassion 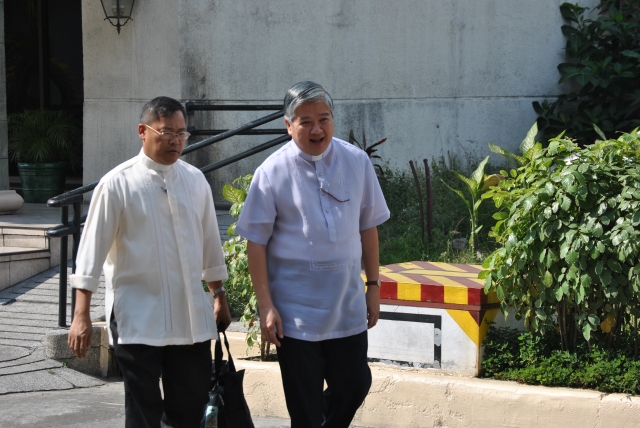